The Creation of Adam by Michelangelo in cake sprinkles

One of Michelangelo's finest masterpieces, The Creation of Adam, has been given a 21st century makeover after being replicated out of cake decorations to commemorate the 450th anniversary of the artist's death. 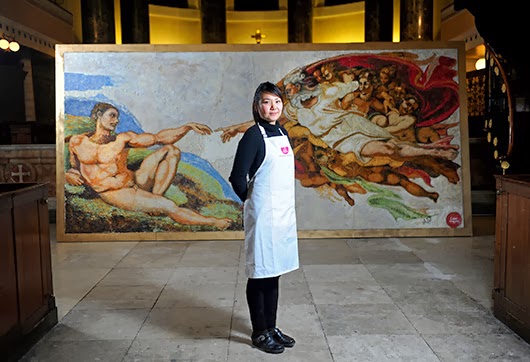 Arguably one of the greatest examples of art, the piece that measures 5.7m by 2.8m is a like-for-like replica of Michelangelo's artwork, which features on the ceiling of Rome's Sistine Chapel. Created entirely out of cake decorations, the reinterpreted 'Baking of Adam' has been produced by home baking specialist Cake Angels to showcase edible creativity.

The artist Michelle Wibowo, said; "Britain is currently gripped by baking fever with a real emphasis on unique designs and showmanship. When we learnt about Michelangelo's anniversary celebrations, we really wanted to join in and challenge the boundaries of cake design by immortalising his most heavenly creation in our own special way, using our range of versatile and vibrant sprinkles, proving that even cake can become a fantastic art canvas." 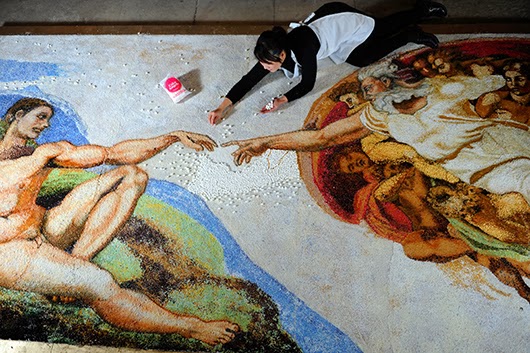 The edible equivalent of Michelangelo's masterpiece demonstrates that even fine art can be a piece of cake. The artwork made entirely out of Cake Angels produce features over 10 thousand marshmallows, an estimated half a billion cake sprinkles and took a whopping 168 hours to complete.

Wibowo added; "No celebration is complete without cake and we really hope that Michelangelo would have given us his official seal of approval. The real difficulty was matching his exact scale and style but the possibilities are endless when you have so many textures and colours to choose from. It's also really hard to stop yourself from nibbling at the masterpiece!" 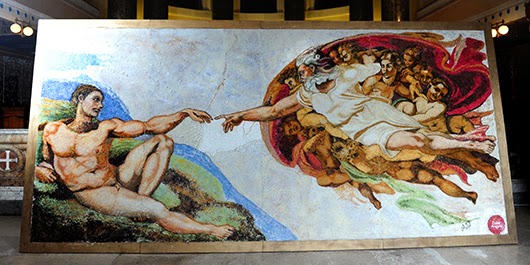 The original fresco was commissioned for The Sistine Chapel by Pope Julius II and completed in 1512. Central to the ceiling decoration are nine scenes from the Book of Genesis of which The Creation of Adam is the best known, having an iconic standing that some believe is equalled only by Leonardo da Vinci's Mona Lisa. An authentic piece of modern art, 'The Baking of Adam' will be on public display throughout Michelangelo's anniversary celebrations at London's St. Pancras Church. As one of London's most famous 'artistic churches' with its own gallery,

Michelangelo is no stranger to St. Pancras Church with a sculpture of his namesake, the archangel Michael, already inhabiting the church gardens. 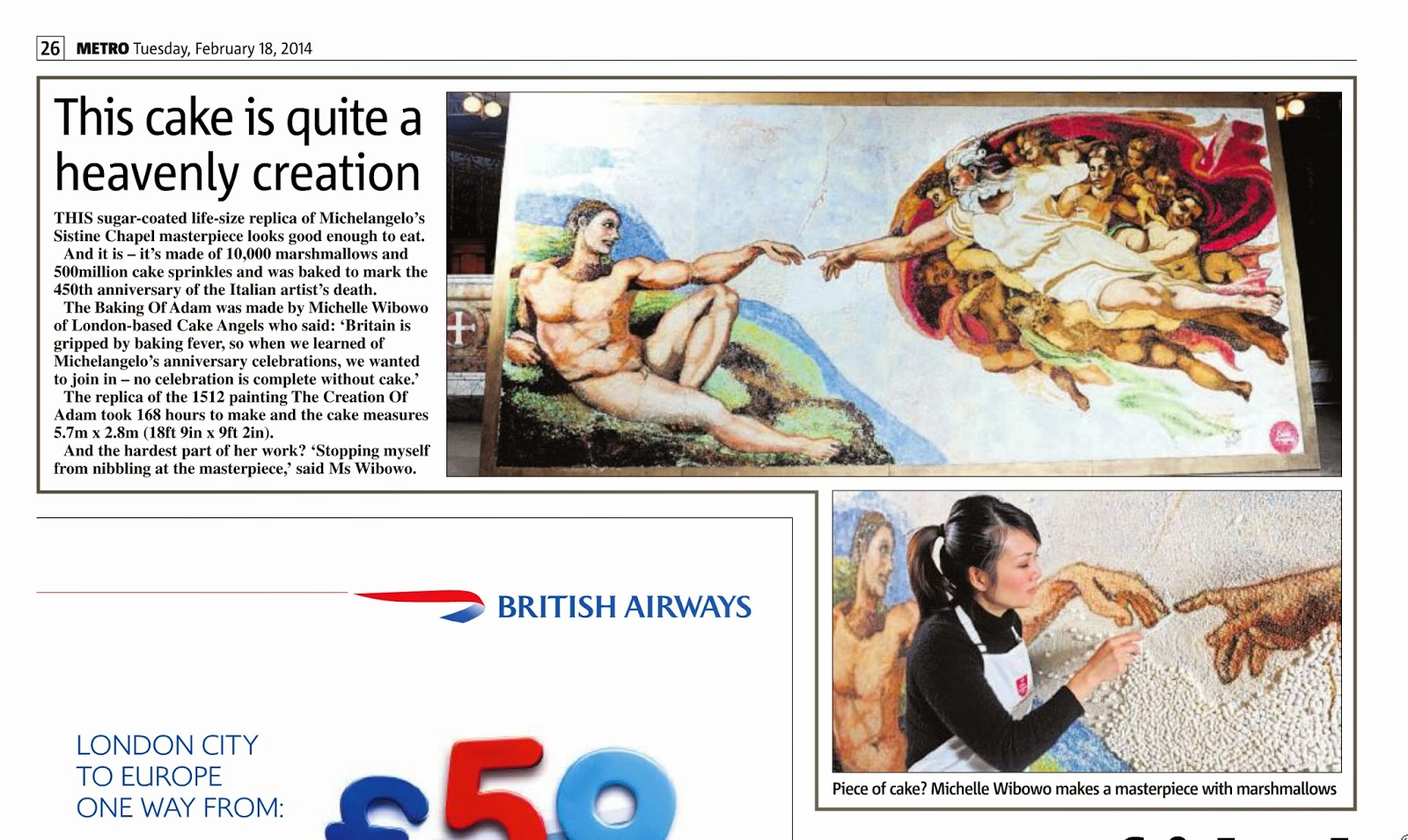 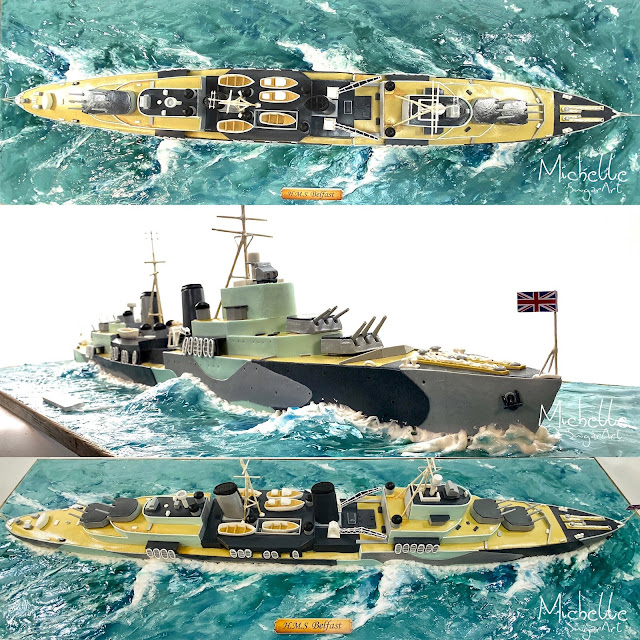 Celebrating the reopening HMS Belfast in London today, Michelle Wibowo from  Michelle Sugar Art created 4 foot long replica of the famous ship that has moored near Tower Bridge London for 50 Years. The nine-deck Town-class light cruiser was built in the Northern Irish capital in 1936 and launched two years later. Belfast played a major role in the Second World War, initially as part of the British naval blockade against Germany. Michelle is delivering HMS Belfast cake, can you spot the actual HMS Belfast in the background ?
Read more